Outside of Sweden Midsummer might be known as a horror movie of the same name and event, but in reality midsommar is not at all sinister. In Sweden it is a public holiday where families get together to celebrate the summer solstice, with traditional food, games and dancing.

In this post we explore how this public holiday impacted the mobility and interactions during the COVID-19 pandemic.

When we look at the change in population distributions across Sweden, we can see big spikes on the day of Midsummer, 19. of June, in Sweden.

People leave the big cities such as Stockholm, Gothenburg (Göteborg) and Malmö and travel to the countryside, especially vacation areas like Borgholm, Sotenäs, and Tanum. To give some perspective: ~200.000 people left Stockholm on given day. Sweden previously recommended that all travels longer than 2 hours (by car) should be avoided, but that recommendation was lifted 4 days prior to Midsummer. This date is clearly visible in the data as the first individuals starts daring trips across country. Since then a steady increase of population numbers in the countryside can be seen.

The pattern is very clear when looking at just the locations mentioned above as shown in the figure below. The three countryside locations show a population increase between 140% and 260%. Stockholm and Göteborg sees a decrease of 30% and 20% respectively. Malmö shows a decrease of only 5%. 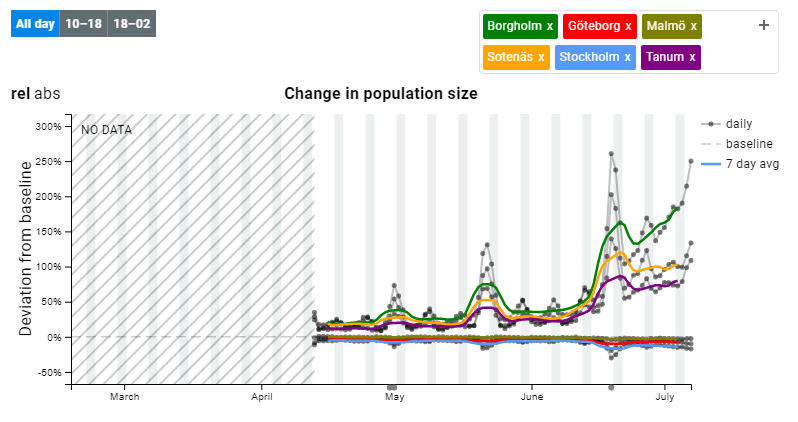 When we look at the the percentage of people that relocated on this given day in all of Sweden, we see that around 10.9% of the population have moved to a different location. On the previous and subsequent friday, only 3.3% and 5.2% respectively relocated, so more than a doubling of people are moving. It is not unthinkable that a portion of relocations happened thursday evening which is confirmed by the 5.4% of the population relocated on the previous day compared to the previous and next thursday, which respectively has 2.6% and 4.6%. 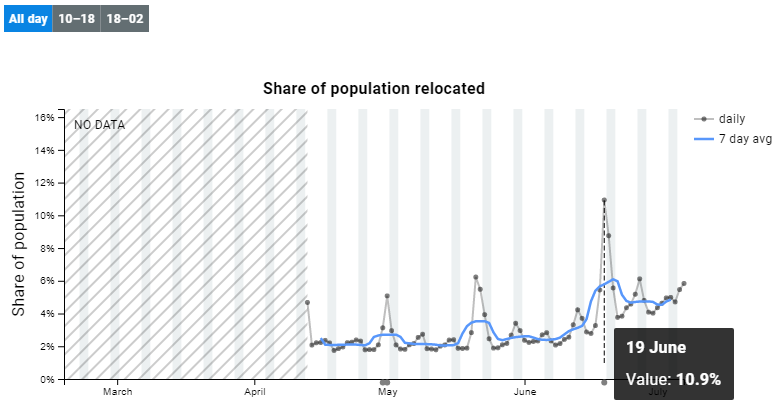 Looking at movements between regions (see figure below) all we see is that people are not being very mobile relative to the previous Friday. This is likely a consequence of midsummer being a full day event, where the movement plot explores the differences between the most visited location during working hours and in the evening. Hence on this day people travels during the early hours and then stay stationary throughout the remainder of the day. 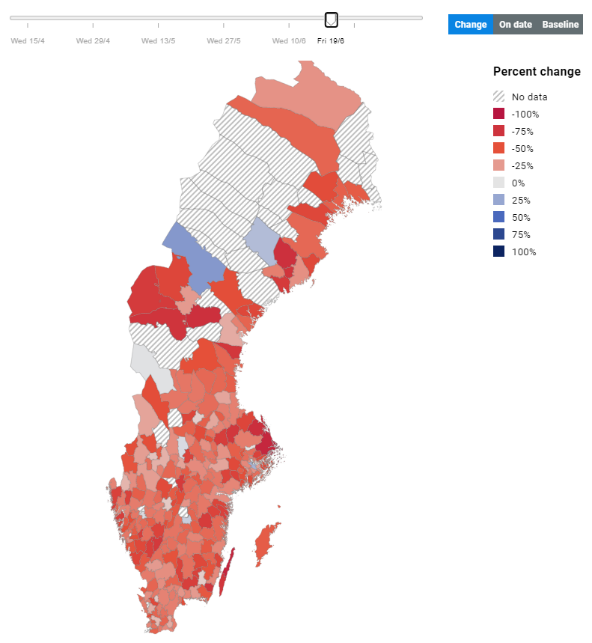 Movements (One week prior to Midsummer) 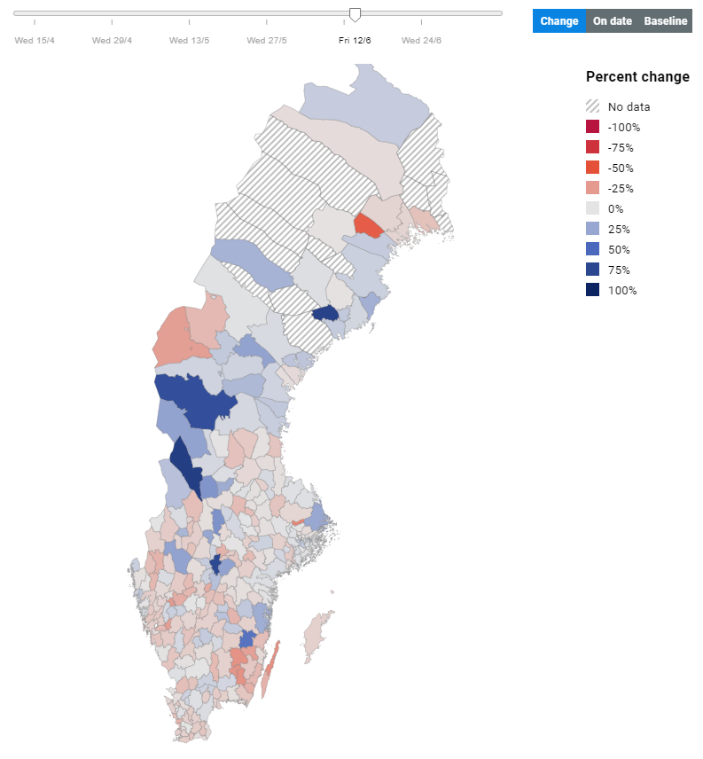 We can use our interactive visualizations to closely inspect the travel behavior of populations both over time but also on specific dates. Here, we can observe that a massive relocation within the Swedish population occurs on a single date. Events like these are important to understanding both the state of an economy through the lens of travel, but also because they increase the risk of population mixing and, therefore, increased disease spreading between regions.